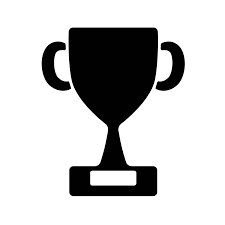 So about a year ago I decided to take out the back seat of my 1996. When I did the same operation on my 1993 it was super easy without any issues.... so i did not expect the horror show that follows on the 1996. I ended up snapping off 4 of the 6 bolts … flush with the bed. For the last year I have been going back and forth about what to do about my lack of a rear seat. The best bet was to just purchase a third row seat from a Tahoe or suburban since they have a seat belts built into the seat mount … and you do not have to worry about losing your mounting point with the top off. Well I had some time off last week and decided to go ahead and drill out the broken bolts. Not too much drama. just ensure you get a center punch and use the cobalt bits.... hell I only ended up breaking a few. The real pain in the ass was with the nuts that were welded to the frame on the bottom. I ended up taking a grinder and cutting the bolts in half and using a vice grip to slowly work the pieces back and forth until the weld gave way. Not a big fan of the fine threads bolts Ford used and I thought maybe I could get away using the two bolts I have left ….. not going to happen. After a few turns I felt it getting tight and punted that idea. I grinded off the two remaining nuts and will next start on the installation with all new grade 8 hardware and plenty of anti-seize. It took all day.... but just take your time... and it will be fine. The only bad part is that now removing the seat is a two man job

Reactions: TorgSurv, Bronc96, 3Dogs and 3 others